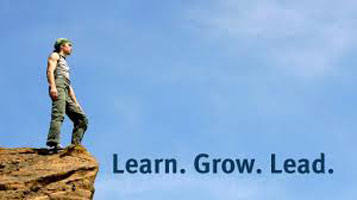 Growing up as a farm kid in Alberta, Canada, Steve Roth learned early-on the value of hard work, commitment, and follow through.

Earning a degree in Business and Physical Education from the University of Alberta, Steve pursued a career in coaching basketball. By the time he was 32 years old, he was the youngest Head Coach for the University of Saskatchewan’s men’s basketball team. While coaching, he earned his MBA from the U of S.

Steve revealed that it was through his journey of coaching where he learned some valuable lessons about leadership that have influenced him in the business world.

Steve’s leadership approach as a young coach was more about getting his team to be in action by fuelling them with fear; call it forceful leadership. He believed that his team would perform better this way. Given management theories that were being espoused back then, it’s not that surprising this would have influenced Steve’s approach. What I appreciate about Steve as he recounts this period of his life, is that he was willing to stop, reflect and fine tune his leadership to one that would build higher performing teams and at the same time, prop people up in a sustainable way.

The lessons he learned came to him mostly after he left coaching. As he states, it was after he got fired that “I could see the forest through the trees” and, realize that his approach to get high performance wasn’t working.

“It took me ten years to figure this out. It was only after I left coaching and the firestorm had subsided, that I realized my leadership approach didn’t work.”

Although Steve has no desire to go back to being a basketball coach, he says he would do it only so that the players could see how much he’s changed as a leader, shifting his practice to consistent principles of:

Transition to the Business World

As Steve moved into the business world (banking, CFO and then a consultant with a Performance Improvement & Leadership company and currently working as VP Seaspan Ferries), Steve attributed the very same principles he’d discovered post-coaching to business.

Steve’s view of leadership and the team members he leads is likened to legs of a stool: “It’s okay if you don’t know everything. The caveat though is you need to have people work with you who can fill in the gaps – and these are the other legs of your stool.” In other words, they help create the functionality and balance that generates success.

One of the things Steve has done as a business leader is to use metrics. Just like basketball, Steve explains, you need to find ways to keep the players engaged. And that’s by focusing on the leading indicators (measures that are predictive of future performance) and not just the lagging indicators (i.e., measures of past output). This is what the team actually has control over and can influence. If you focus on the scoreboard you lose sight of the fact that it is the little things (the activities supporting leading indicators) that ultimately decide the outcome. For example, in basketball it would be the things you can control like free throw shooting percentage, turnovers, rebounds, etc.

“Ultimately, if you can manage those lead indicators well, the end result will take care of itself and you will notice improvements.”

By bringing this approach to Seaspan Ferries, his team is able to focus on what they can influence. The message Steve promotes is that if we focus on the lead indicators, the bottom line will take care of itself.

When asked what has resulted from his leadership approach at Seaspan Ferries, Steve is quite humble but I gleaned the following:

YOUR Leadership Approach – Reflection and Action

Steve’s journey of leadership is one we can all learn from. Sometimes it takes a situation like getting fired or leaving the job you are in to be able to reflect and adjust. This honest self-reflection indicates a self-aware leader, willing to own our part and consider what will make for better leadership in the long run.

Most of us have a default way of leading – in other words, what we fall back on when we are under pressure or when we fall into autopilot. As Robert Kaplan & Robert Kaiser discuss in “Developing Versatile Leadership”, we can become lopsided in our leadership approach and may need to expand our way of leading – more intentionally. They encourage us to consider adapting to the situation we are in and lead with intention and a desire to consider the impact on those we lead.

The following is an excerpt from Kaplan & Kaiser’s article. It portrays the range in leadership approaches – from forceful to enabling and strategic to operational. 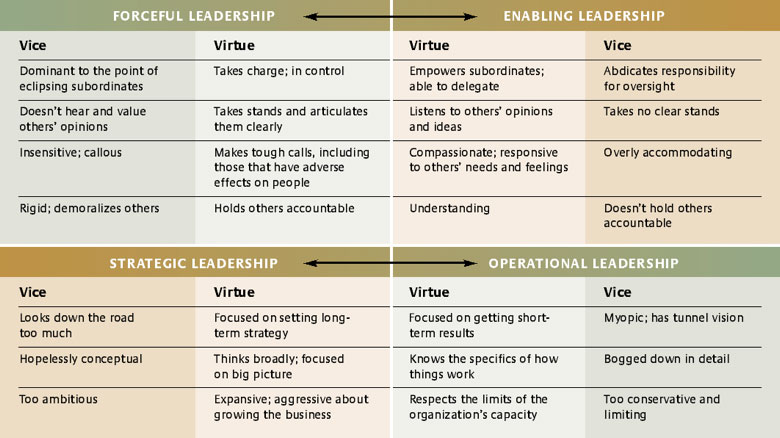 As you look at this ask yourself:

Wherever we are in our leadership journeys, we can take advantage of the lessons Steve has shared and consider which principles we adhere to and want to embed in our leadership practice. This journey never stops, so we may as well enjoy the ride and bring people along with us. The journey is a lot more fun and rewarding when we teach and inspire people along the way.

For more information on Versatile Leadership check out:

For information about Lead vs Lag Indicators:

Subscribe to our blog and receive Erica’s latest posts straight to your inbox.

Is Emotional Intelligence all it’s ramped up to be?